On 02/20/14 at approximately 4:20 P.M., an Aransas Pass PD officer approached Brian Whitley AGE 33 at the Shamrock Trailer Park located at 936 N. Commercial St. The officer quickly knew something was wrong when Brian nervously and quickly walked away and into a nearby trailer. The officer looked inside the passenger window of the vehicle Brian was observed exiting and noticed two syringes in plain sight.

Once more officers arrived on scene, they received consent to search the vehicle and trailer. In all, officers recovered two grams of heroin from inside the trailer. Officers also recovered six syringes, two which were loaded with suspected heroin ready to be injected.

Brian Whitley was arrested and is being charged with possession of a controlled substance over 1 gram. The owner of the trailer was also arrested for an outstanding municipal warrant. 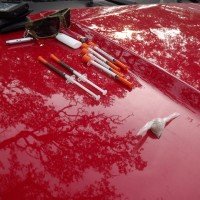 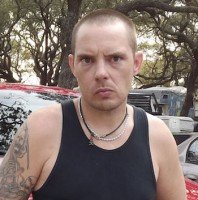 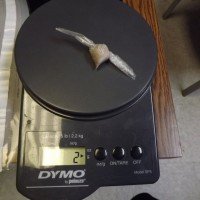