On Tuesday, March 4, 2014 around 9:06 p.m., Ofc. Baker stopped a vehicle for a minor traffic violation. During the course of the investigation, Ofc. Baker found that one of the three occupants was wanted for a minor warrant from another agency. The occupant (front passenger) was arrested and found to be in possession of a syringe which he had been using to ingest drugs. Officer Baker then searched the vehicle and found more drugs; namely synthetic marijuana and controlled prescription pills.

On Wednesday March 5, 2014 around 12:11 p.m., Ofc. Moore was out for a foot stroll at the Shamrock Trailer Park located at 936 N. Commercial Street. Ofc. Moore observed Tracey Arnold riding a bicycle around the trailer park. As Tracey Arnold passed Ofc. Moore, she lost control of her bike, hit the curb, and fell onto the ground. Ofc. Moore rushed over to check on Tracey Arnold.

After checking on Tracey Arnold’s welfare, he developed suspicion that a crime was afoot. Ofc. Moore obtained consent to search Tracey Arnold’s belongings and found that she was in possession of methamphetamine. Ofc. Moore also learned that Tracey Arnold was wanted out of Aransas County for stealing a firearm.

Tracey Arnold was booked on the warrant and the new charge for possession of a controlled substance. 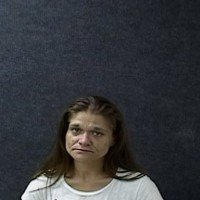