On Tuesday December 17, 2013 APPD received calls for criminal mischief to vehicle tires. These incidents took place on Oak Glen Street and involved at least four vehicles with cut tires. On December 24 and 25, 2013, APPD received calls for the Windy Shores subdivision. In this subdivision alone, there were over 20 vehicles with slashed tires. Police are still taking reports within this subdivision. In many cases, police found that one to two tires per vehicle were slashed, and on at least one occasion, a vehicle had all four tires slashed.

Some residents within Windy Shores stated they observed a suspicious white male who appeared to be in his teens. The suspicious male was seen wearing a dark hoodie and walking around the neighborhood around 2 am Christmas morning. The male was further described as being approximately 5’10″ tall, having dark brown hair, and wearing oval wire-framed glasses. The tool used for the tire slashing appeared to be a knife.

Police believe that residents in these neighborhoods may have more information about the suspect involved in this crime spree. Police are asking for tips or information about this crime spree. Police believe some of the residences in these neighborhoods have cameras and are asking residents to review video footage for more evidence. 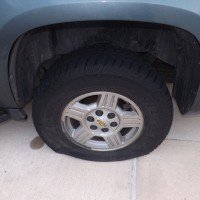 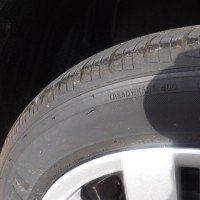 If you have information on this case, contact the Aransas Pass PD Patrol Division, Ofc. James Tuggle, or submit a tip anonymously via Tri-County Crime Stoppers at (800) 245-TIPS/8477 or online at TCCS Online Tip Form. You could earn up to $1000.00 for your tip in this case.