The annual Aransas Pass Christmas Parade will be held this Friday, December 5th, 2014 beginning at 6:30 p.m. The route has changed this year. Instead of going down Wheeler like previous years, the parade route will go north on Commercial Street from E. Deberry and then turn left onto W. Wheeler Avenue where it will end.

All intersecting streets along the parade route will be obstructed. No traffic will be allowed on Commercial Street between Deberry and Wheeler.

We hope to see you there and remember, Happy Holidays! 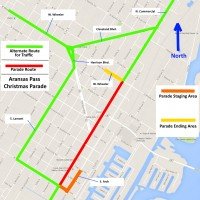 Santa Will be Here!!

That’s right folks, Santa will be visiting Aransas Pass, Texas! Immediately following the parade, Santa will be arriving at the Chamber of Commerce located at 130 W. Goodnight. Don’t forget to bring the kiddos! 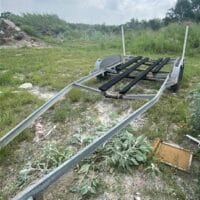 Officer Phillip Jackson knows deep in his bones that he can, in fact, be a Black man and wear police blue at the same time... Read more

The rig had its lights and sirens activated and reached high speeds during the pursuit on the Fourth of July... Read more

13 killed, including 2 children, over July 4 weekend in Chicago

The toll comes as the Chicago Police Department added more than 1,200 extra officers to work the holiday weekend... Read more

A large crowd was at the nightclub for a concert when the shooting occurred... Read more

Multiple shots were reported fired near the food court in the mall... Read more